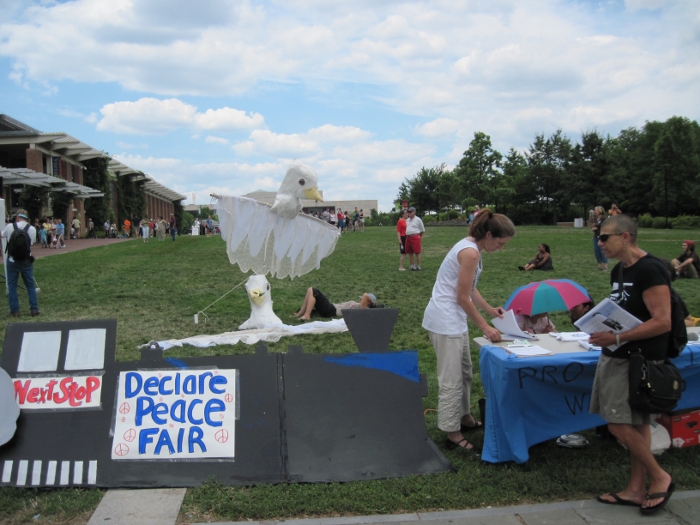 The Declare Peace Fair was held on the lawn opposite the Liberty Bell on the July 4th weekend. Coincidentally, the good ship "Audacity of Hope," which was bringing supplies to beseiged Gaza "The World's Largest Open-Air Prison," was detained by the Greek government. 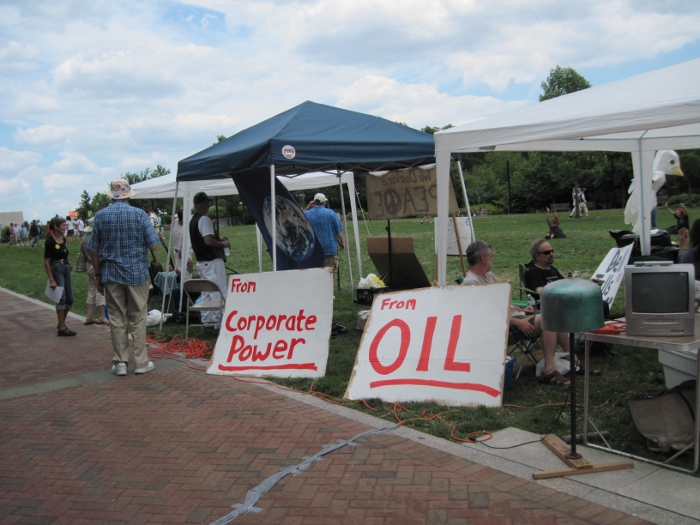 What's truly amazing about all of this talk about how our economy is doing poorly and how we must all "tighten our belts" and "sacrifice," is that American productivity is higher than ever. There's simply no crisis as far as material wealth is concerned. Budgets could easily be balanced by raising taxes and that wouldn't hurt the economy a bit.  Yet, we're seeing 9% unemployment and savage budget cuts both in the Federal budgeting process and with states. 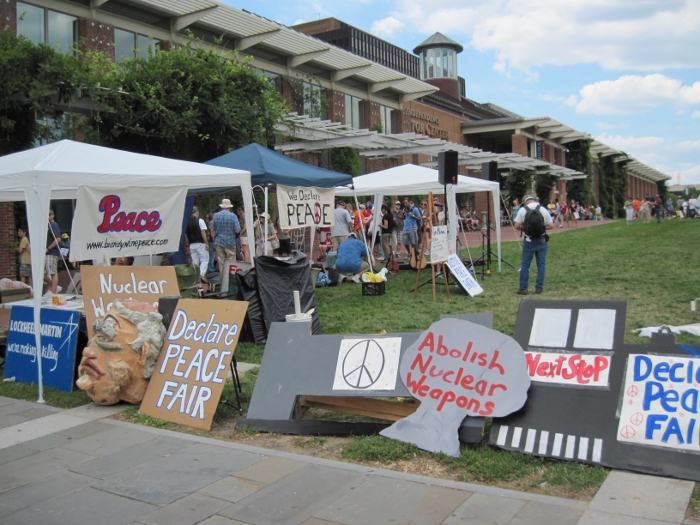 As a member of Philly Against War points out: "We're now up to 6 different countries: Iraq, Afghanistan, Pakistan, Yemen, Libya, Somalia." She pointed this out in response to an Al Jazeera piece about how the US has extended drone strikes to Somalia. 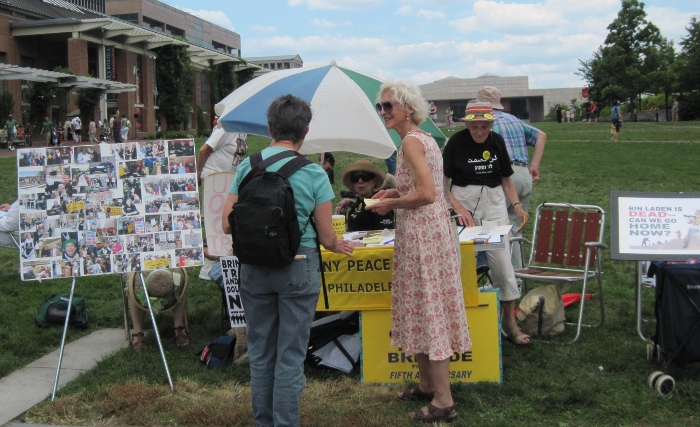 The House of Representative failed to either authorize the war in Libya or to de-fund it, leaving the current legal situation intact. The Obama Administration is neither following the War Powers Act, not is Congress insisting that it do so, nor has Congress thrown in the towel and authorized the war. 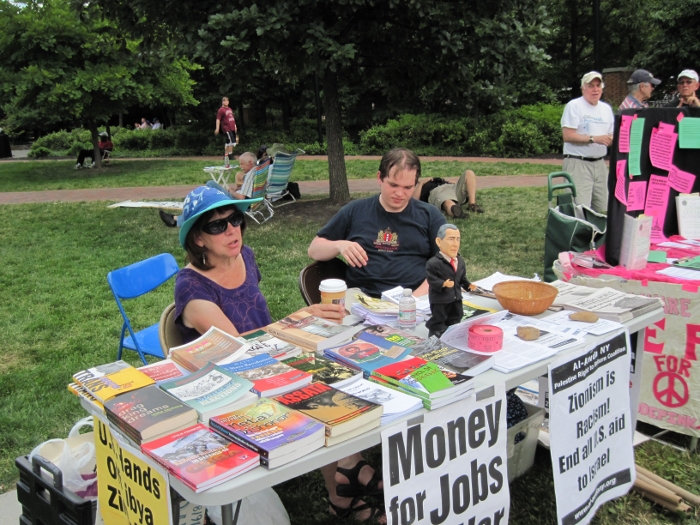 President Obama does a modest little bit of push-back on Republican attempts to eviscerate the Federal Budget and to impoverish all those citizens who depend on an active government and gets called a "dick" for his efforts. Good quote on that:


Forget the trees; look at the forest: congressional Republicans, for the first time in American history, are holding the debt ceiling hostage. They’ve announced to the country and the world that they’ll cause an economic crash, on purpose, unless Democrats agree to dramatic spending cuts. Yesterday, President Obama held a press conference to urge GOP leaders to accept a compromise — he and other Democrats will accept massive cuts, but the president wants Republicans to agree to some concessions as part of a bipartisan agreement. 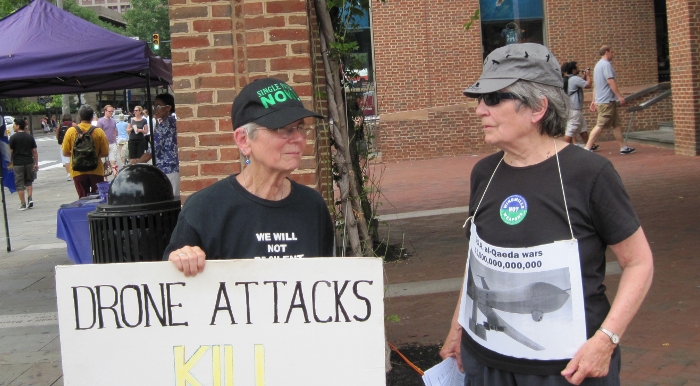 Casualties are going up in Iraq. Why might that be?


Some analysts have said that the primary reason attacks on U.S. troops have increased significantly in recent months is because top U.S. officials have been saying publicly that the U.S. military will stay past the Dec. 31, 2011 total withdrawal deadline. One former Iraqi U.N. diplomat said that “U.S. soldiers are likely being targeted more now because there is talk that Iraqi and American officials will try to keep additional troops” past 2011. 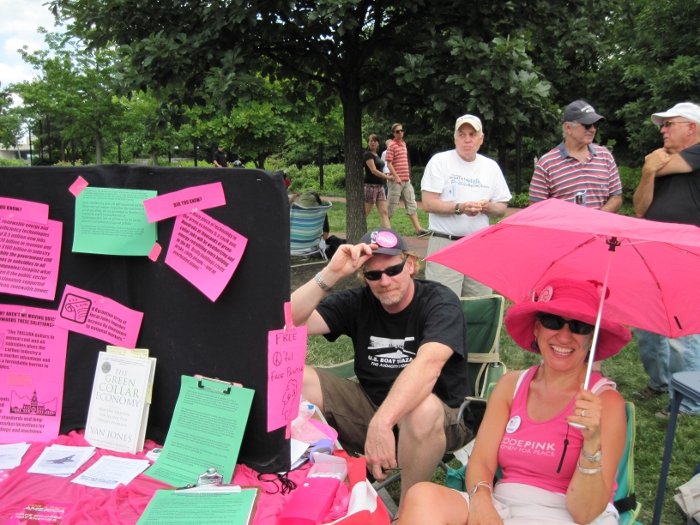 Now, this looks promising! Attorney General Eric Holder opens up inquiry into detainee deaths. Granted, the cases are from 2002 and 2003 and he has promised not to look into 101 other suspicious cases, but hey, baby steps, y'know.
Also, a United Nations report on Afghanistan directly contradicts US stories of progress in that country. 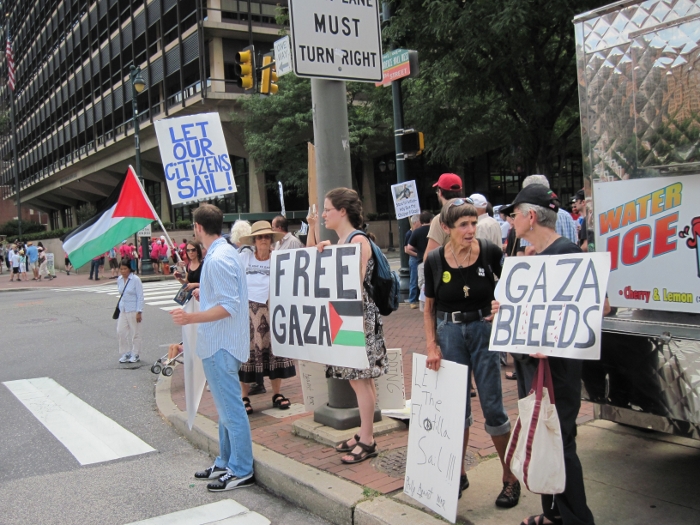 Protest on the detention of ship's captain by Greece.


Captain John Klusmer was arrested when the US boat Audacity of Hope -- the flagship in a flotilla of pro-Palestinian activists -- attempted to leave Greek waters on Friday after Athens banned all Gaza-bound ships from setting sail. 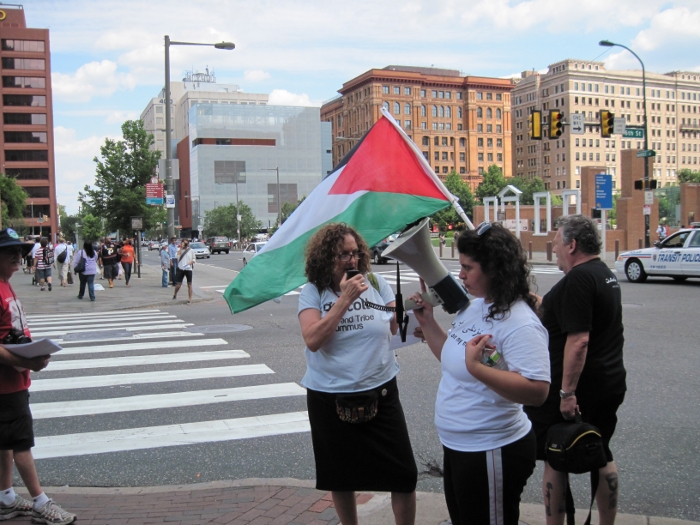 Description of protest with press release from Audacity of Hope added as comment.

People around the world are rallying for the release of the boats that Greece is preventing from sailing to Gaza. We call on you to show your solidarity and support for the flotilla as a whole, and in particular for the captain of the U.S. boat, John Klusmire.

Over the past two weeks, two boats of the international flotilla to Gaza have been sabotaged while docked at Greek ports. No one has claimed responsibility for the damage done to these boats. The potential danger to the U.S. boat was obvious to the captain, the crew and the passengers: there was a clear possibility that the U.S. boat would be sabotaged next.

US citizens not taking news passively:


Members of the U.S. Boat to Gaza have begun an open-ended fast calling on the U.S. government to defend our right to sail out of Greece. The fast has begun in front of the U.S. Embassy at 91 Vasilisis Sophias Avenue in Athens. Fasters delivered an urgent letter to the Embassy and plan to sleep overnight outside the Embassy gates.


Wonder how Greece was pressured into reversing their assurances?